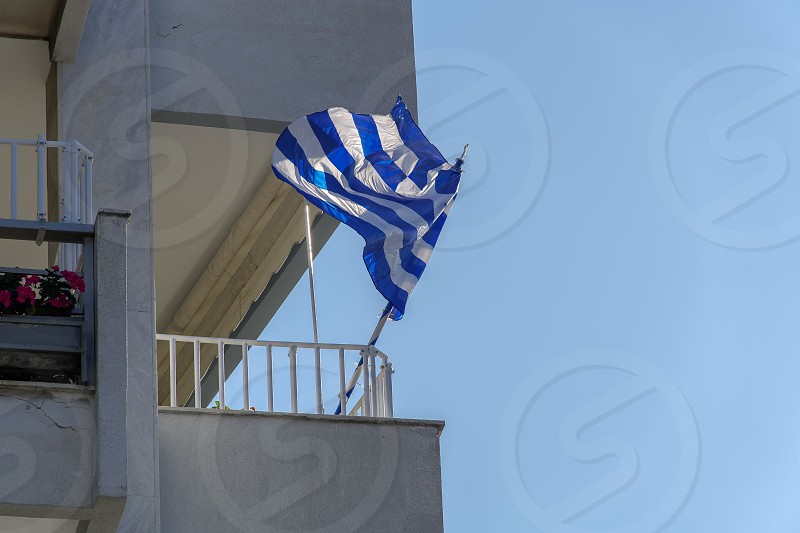 Greek flag waving on a balcony for a national celebration. Blue &amp; white Greek flag with cross, outside city homes celebrating the October 28 1940 Oxi Day against the Mussolini Italian 1940 ultimatum.