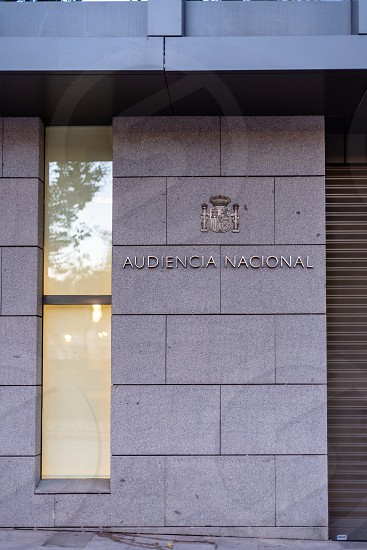 Madrid, Spain - 26 September 2020: Audiencia Nacional building sign, it is a centralised court in Spain with jurisdiction over all of the Spanish territory over major crimes